The behaviors people take on, for better or for worse, flow from the beliefs they carry about the organization and their relationship to it. People behave in certain ways because of how they understand their value to the organization, what particular element of the organization they maintain and improve, how they perceive the organization’s politics and processes to work, whether they’re appreciated, and so on.

To put it in a nutshell, we can say that an organization’s culture comes from the combined behaviors of the people within it, and these behaviors flow from the beliefs they carry. I call this “BBC”: beliefs create behaviors, which create a culture. This works both positively and negatively: negative beliefs eventually manifest into negative cultures, and positive beliefs eventually manifest into positive cultures. Often, an organization carries a combination of negative and positive beliefs.

Understanding the natural needs and drives of your people is the key to a happy workforce. Learn how to understand these behaviors with our Ultimate Guide to Behavioral Assessments eBook

But how does a leader go about changing the beliefs of his or her people? Since beliefs are at the core of the culture building process, what steps need to be taken to ensure your people have the right beliefs?

This starts with understanding how beliefs are formed in the first place. There are at least three ways people form beliefs within an organization.

As people have experiences and compile them into beliefs (or, feelings about the organization), they package these beliefs in verbal form. This can be referred to as “self-talk,” or beliefs in word form an individual may not share directly with others, but will tell himself or herself as a way of understanding his or her experiences. For example, if John, an employee at Company Q, has multiple experiences observing other employees at Company Q receive promotions based on “who-you-know” relationships, John may begin to use words like “political” and “favoritism” when he thinks about the organization and his potential for advancement. Neurology shows us that we tend to put our beliefs into verbal form as a means of creating understanding and processing the world around us, and John’s use of words like “political” and “favoritism” are his means of understanding his environment, even if his perceptions are misled. As he uses these words in his “self-talk” each day, he reinforces and crystallizes his bias toward his belief that the organization is unfair. Unless something dramatic changes this (a new experience, etc.), he will continue to hold these beliefs.

People also form their beliefs based on their discussions with teammates. Summarizing points one and two above, we can say that our beliefs come from and are reinforced by the experiences we have and the words we use to interpret them. But sometimes our beliefs are formed by others’ interpretations of their experiences in the company. For example, consider the scenario of the new employee who’s just completed training, learned the organization’s mission, vision and values, and so on. A friendly fellow employee invites the new guy to lunch. During the meal, the new guy asks, “The training was great, but how do things really work around here?” The words he is told next will be groundbreaking and formative for his beliefs and behaviors going forward. If he hears, “The boss is a power-hungry, insecure control freak,” this will have deep implications for how he does things and relates to the leadership team.

So, beliefs are formed in two primary ways: the experiences people have, and the words they use to interpret them, whether they generate these words themselves or hear these words from others.

Knowing this, you can help your people create better beliefs (and better cultures) by taking a few steps.

I often tell my clients, “If you’re a leader, your second job in the company is Chief Culture Officer.” You are a culture maker as a leader! This starts with actively understanding the experiences your people have (what it’s like to work for you every day), diagnosing when their experiences aren’t healthy, and making changes. Change expectations, experiences, processes, and whatever else needs changing, until you can feel better about the experiences your people have each day. This is a long-term project, but you have to do it. This is where culture change starts.

Talk with your people. Talk with your team. Don’t assume people know what and how something should happen. Over-communicate! Do people understand their role in contributing to your company’s vision? Do they feel appreciated? Is there “siloing” in your organization, or misalignment between departments? Talk about these things. Audit your communications as you would audit any other aspect of the company. People’s beliefs come from the words they tell themselves and tell each other. This starts at the leadership level and flows throughout the organization. Create words and clear communications for them and with them to make sure nothing negative gets in the way!

Catalyzing your company for change 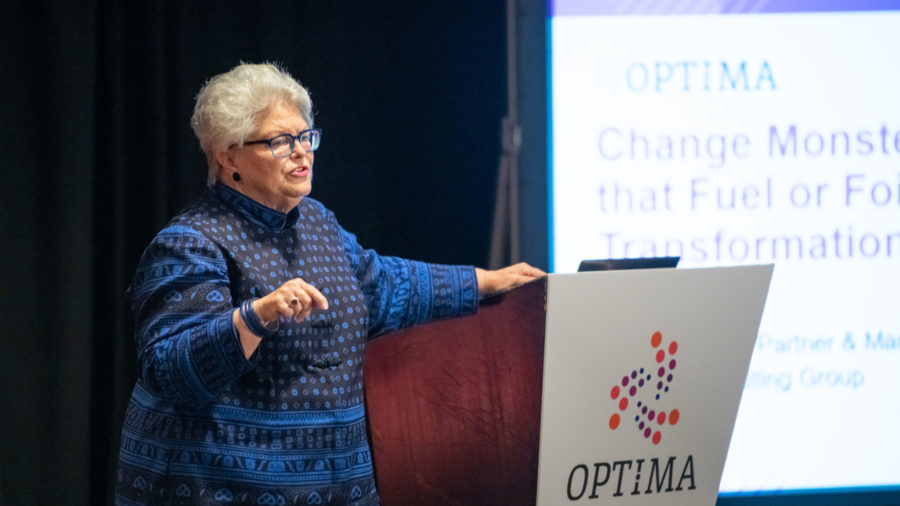 How change initiatives impact your company