My story is likely not an uncommon one: I’m 33 years old and (until I started at PI) I had never held a job I liked.

Like nearly every millennial, I felt pushed to have my mind made up as to what I was going to do with the rest of my life before I ever stepped foot onto a college campus. I wasn’t old enough to vote or drink, but I was expected to know exactly what I needed to study for the career I’d spend the rest of my working days pursuing.

I entered college as a music education major, with a passion for singing. I was accepted to a school of music and even offered a music scholarship, but a few months later, I decided that teachers didn’t make enough money, so I didn’t want to do that anymore. Instead, I would study to be a doctor. (Luckily I had also earned an academic scholarship.)

That lasted roughly a semester-and-a-half before my grades slipped low enough to lose my scholarship. I realized I’d chosen medicine for the wrong reasons, but I wasn’t sure what I wanted to pursue instead.

I had taken French classes in high school and had enjoyed and excelled at them. Why not make that a career? After three years of thinking I would go on to be a translator and interpreter, I realized I didn’t really want to do that either.

While I was a resident assistant on campus, my supervisor nonchalantly told me I could pursue a career in student affairs, and since my boat was rudderless once again, I latched onto the idea. I finished my master’s degree, got a job several states away, and thought I’d finally found my calling. But the world of student affairs wasn’t what I had hoped.

And on, and on, and on. It wasn’t until I started working at The Predictive Index® that I finally understood what it meant to be happy and satisfied at work.

PI brought life to an idea that I had kicked around in graduate school: The more we know about ourselves and each other, the better we can work and grow together.

In college, I had a genuine love for personality assessments and had taken as many of them as I could find–the MBTI, StrengthsFinder, the Colors Test, the DiSC assessment. They gave me a vocabulary to discuss my strengths and work to improve my weaknesses.

But I didn’t really understand how these personality assessments translated to the workplace until I found PI and the practice of talent optimization. If we understand what drives us behaviorally, we can identify roles that are best suited to those drives—finding what satisfies us at a near-molecular level.

At PI, I’m fully optimized and supported in finding the work I do best—just as we all should be. I’m in a role that makes me feel energized, excited, and maximized. I feel appreciated for the work I do. No longer do I dread waking up each morning, or sit listlessly for eight hours while managers with no business managing other people control and nitpick every aspect of my work. I finally feel at home.

We’re only given one chance to make a life on this planet; why aren’t you spending it doing what drives you?

According to Ancestry.com, Curtis is the long lost illegitimate grandchild of a former King of England. 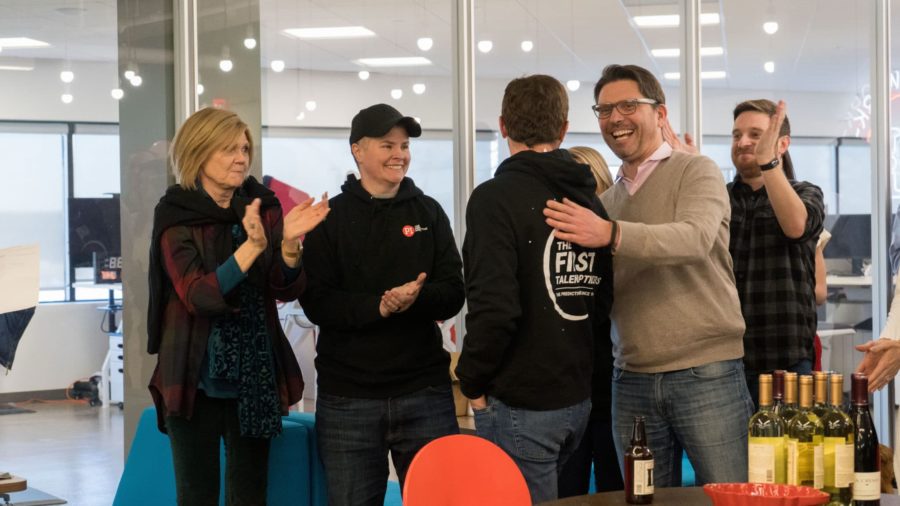 What are your employees grateful for?